Seven years ago, in 2009, a 6th grade student and his mother came to tour New Vista School, with the hope that it would be a place where he could be safe. He had been unable to demonstrate his above average academic skills at his public high school located in the desert area of southern California. He was not doing well in school, had no friends, and was being bullied to the point of physical fighting. These experiences led to his refusing to attend school.

After visiting New Vista School, this single mother decided to move to Orange County so that her son could attend this school created for students with ASD. She did not have enough money for the tuition, but was determined to find a way. This mother fought with a local school system, who, after testing Curtis, decided they had no program that could address his unique and complex needs. They paid for Curtis to attend his new school. Curtis was only 11 years old when he came to the school as a 6th grader.

His profile was typical of other students at the school. He has an above average IQ, he was failing in school, he had been terribly bullied and had no friends. His relationship with his mother was complicated, because she served as his life line. He was completely dependent on her, and yet he was extremely difficult at home. Home life was difficult for everyone: Curtis, Mom and Mom’s long time boyfriend.

This family moved in order to find a place for this child who was out of control in every environment. When Curtis came to NVS, he had trouble staying in class because the other students annoyed him. He perseverated on all of their behaviors, mannerisms and language.

He spent most of the day, of his first year at NVS, in the office of the Executive Director. He either left class or was asked to leave. Curtis would not walk to the second story of the school with his back pack, but insisted that his “father” carry his things to his locker! He would not go outside at break or lunch. He would not participate in games with the other students. He would not exercise. He would not do his homework.

At home, Curtis would not shower or bathe alone. He did not like the water. He would not go to sleep at night unless his Mother was in the room with him, sometimes for hours. He would not eat the food put in front of him. He would insist on different food, and would create a scene until his family gave in.

Curtis’ family was in turmoil.

By coordinating with his local school system and the Department of Mental Health, NVS was able to put together a comprehensive program with the family, the school and the Department of Mental Health. The structure of the behavioral program at New Vista combined with the social skills classes ( a daily course for every student), slowly brought this child to the place of comfort and he began to perform in school.

Slowly, he was able to tolerate other students, which helped him to develop his first friendship. Ultimately, more friendships began. The more competent Curtis became in school and with his friendships, the more he was able to begin successful changes in his family life.

As part of the program, we created a special group for Curtis and his friends that met weekly, to give them a safe place to discuss their concerns. The facilitator of this group was a master teacher with a credential in Emotional Disturbance. Most of the concerns were personal and emotionally based. This program was coordinated with all involved adults, for the first four years of his time at NVS, and is the reason for his successful transition to adult life.

With New Vista School as the organizer and facilitator of the comprehensive program; teachers, psychologists, parents, psychiatrist, physicians, the Department of Mental Health, and the school district, all agreed on a program that included academics and behavioral goals at school and home.

During the third year, Curtis was able to enroll in after school acting classes, and that was the beginning of his interest and success in acting. Curtis has been in several movies and commercials. Through acting classes, Curtis became interested in good diet and exercise for the first time in his life.

Obesity is more prevalent in children with ASD than children in the typical population. Curtis’ mother began having parties at their home with his group of friends from school. Curtis had a social group for the first time in his life. At NVS, Curtis gained more internal control after years of consistent behavioral management and the teaching of skill sets needed for social/emotional and academic progress. He was able to enroll in a summer drama course at Saddleback College, and simultaneously became involved in the film program at NVS at inception.

Curtis was a senior when the first film festival evolved through the drama program. Because of his interest in film, and finding that common interest with other students, several teachers stepped in and created a drama/film program. Staff are always aware of the interests expressed by the students, and clubs are created for the students at lunch and after school, so they can pursue their interests. Curtis applied to college during his Transition Class. He learned to work well with others (which was sometimes a problem when he was working on films) and to produce work in a typically expected time line (often hard for students with ASD).

Not only was Curtis accepted to college, but he was granted a full scholarship to a local junior college, with the anticipation of transferring to a four year school. Upon graduation, Curtis returned during the summer to NVS summer school, and worked as an instructor in our drama/film program. He has taken responsibility for teaching interested students how to edit film. Curtis assists NVS students with writing scripts and filming. He continues to work at NVS as an instructor in the drama/film after school program. He is paid a stipend from our New Vista Academy Program developed through the OC Pathways Grant and the Orange County Department of Education, as a pre-requisite course to digital media classes at local two year colleges.

This personal profile of a New Vista student represents a young adult who has benefited from all the services offered at this unique school specifically designed to meet the needs of students with ASD and those with dual diagnoses, and their families. When families and other involved professionals participate with NVS staff as a team, hopeful outcomes are possible.

The success of New Vista School is the result of a strong partnership between the Board of Directors and administration, faculty, parents, students, community organizations and volunteers. 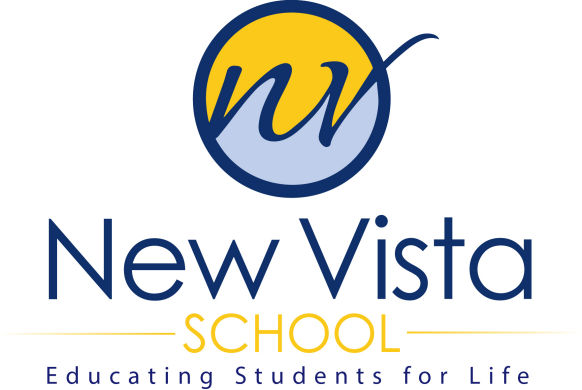